While the official date for schools closing during the coronavirus pandemic was 20th March, because of the change in rules of keeping family members at home if you were self isolating yourself, it meant that I had Zach home from Tuesday 17th. At no point was he poorly himself and so I was very clear that this wasn’t going to be a holiday and that we would be doing learning from home. He was really keen, he loves learning and he was very excited about Mummy being teacher. I wasn’t sure how long that excitement would last and I had no doubt that we would have our struggles.

The first week was great. OK, I might have ignored Oscar a bit but he was still mostly coughing his guts up on the sofa with the tablet, and so it was pretty easy to focus on Zach. Because at this point school was still as it usually was, we had no work from them and so I had to put everything together myself. I hit the Twinkl website and printed out a shed ton of worksheets. Maths, English, History, Science. I had checked the school curriculum and already knew some of what he had been learning in class, so it felt pretty easy to get bits together.

We started each day with Maths (because his teacher had once told me that trying to get them to focus on Maths in the afternoon was a complete waste of time), and we followed it with some English – either spellings or stuff like adverbs and simple noun phrases in sentences (which I had to teach myself as well). We would then stop for a long break which would include lunch, and then afterwards we would do some guided reading, I would create a worksheet for him to do to corroborate with whatever story he had chosen, and then we would do something like History or Science before ‘school’ ended. It worked really well and he thrived on the routine like I thought he would. Oscar even did a bit of work too!

Week two came along (officially week 1 after lockdown happened) and we had a bit of help from school. They had delivered a learning pack through our door which had lots of worksheets that we could work on throughout the week. I mixed this up with some of the non core subjects and again we were doing pretty well. It became a bit lax towards the end of that week though, and I felt like Zach maybe getting a bit over the whole learning at home thing.

The third week came (officially week 2 for most) and school started their online learning. Simple stuff in comparison to others I had heard about. Each year puts up a Maths video and task at 9.30am on their Facebook page, followed by a story and reading comprehension task at 11. This meant we could focus on these in the morning and then do anything else he wanted to learn in the afternoon. Week 3 went pretty darn well thanks to that!

Now I know that this whole learning at home thing is a bit of a cause of heated discussion. There are those who are suggesting that we should not be worrying about learning and that we should just be focused on having fun. Then there are those who thinks the learning is pretty important and that the routine is what makes this whole lockdown thing a little easier. I am definitely in the latter part of that. And you know why I know that home learning is the way forward for us throughout this lockdown?

I had contemplated continuing the learning during half term, but Zach isn’t a silly boy and he knew that the two week holidays were upon us. And he clearly stated that he didn’t want to learn during that time, that of course, if he did fancy it then he would, but he wanted his holiday. And so for 2 weeks there was no learning. There was no routine. There was A LOT of Zach and Oscar arguments, and there was a very fraught Mummy on most of the days. It was clear that we all thrived far more when we had the learning bits of the day to fill our time! There was of course, lots of fun too considering we were at home all the time!

So, Easter came and went, the two weeks came and went, and it was back to ‘school’. I thought it might be a struggle but in fact it has been pretty good. Zach threw himself into it with the school videos and projects, and Oscar started joining in a lot more too.

Now we are settled again, I am finding a common theme with the weeks.

Monday is fab. Full of lots of wonderful learning and a very keen child.

Tuesday is just as good as Monday.

Wednesday has a bit of a lag. The morning tends to be fine but Zach seems to declare a half day and I usually suggest they watch a movie in the afternoon.

Thursday is a melting pot. I’m not even sure there is a point to Thursdays. Zach has zero interest, he struggles to get focus, and it’s a bit of a nightmare. I play it by ear on a Thursday and get as much out of him as I can while not expecting a lot.

Friday is amazing. Like he has a new lease of life for learning. Which clearly has something to do with it being the start of the weekend as soon as he clocks off!

I mixed it up a bit last week. I discovered a thing called StoryStorks. A lady who usually runs storytelling theatre workshops who is currently doing it all from her home. I decided to sign the boys up to see if they liked it and they very much did. It was for 40 minutes on Thursday morning, run on Zoom, it cost £3.50 for each of them, and it was lovely to see them enjoying and taking part in something together. There are more sessions in the coming weeks and I have now booked onto all of them at Zach’s request. Technically it is for ages 2-6 but older children are welcome if they like that sort of thing. Zach very much likes that sort of thing!

So this is where we are. It is going pretty well. Zach loves learning and for the most part, I really enjoy teaching him. There are three key things that I have learnt myself during this process.

1) Pick up on their interests.

Most weeks, Zach has mentioned something or seen something that he wants to find out more about. So for example, in our week 1, we had been on Twinkl learning something and he saw another bit that was about evacuation in WW2. He asked me what it was and I told him and he said he wanted to learn about it. As the evacuation bit was only a part of the presentation, he ended up having a whole lesson on WW2.

This week he had asked about what climate change and global warming is. So I decided that we would have a lesson on it which he found really interesting.

It is far easier to start up a lesson if it is something they have already shown an interest in. He has mentioned meteorites this weekend so I am thinking of doing something on that next week!

I have found that there is no point hassling him into doing work when he just isn’t interested. If it is looking like a day is going to be like this (as I mentioned above, it is usually a Thursday here), I make sure he does his Maths and English and then write the rest of the day off. I had planned for our global warming lesson to happen on Thursday (stupidly forgetting it is always the bad day), but could see that wasn’t going to happen come the afternoon and so I moved it to Friday when he was well up for it.

3) When he wants to do something creative, let him.

It might be a school set project, it might be some painting, or it might be a Lego creation. I’m not the most creative person and I’m not the biggest fan of creative sessions, but by allowing him to do some of what he wants to do, it does me a favour when there is something I want him to do.

Overall, I think we have done pretty darned well so far. We are constantly in touch with his teacher who is loving the updates from both boys (she is a big fan of Oscar too), he has a stack of work that he has done in addition to what the school have set, and we have had some of the lessons acted out as a role play game afterwards between the pair of them – he bandaged Oscar up (using underwear) after learning about Mary Seacole, and they put fires out in their makeshift London town in their bedroom after learning about The Great Fire of London. And he is always recounting the things I have taught him at the dinner table, which means it has gone in even though it sometimes looks like it isn’t going in!

This week the school are starting up a celebration Friday. Usually they have a celebration assembly on a Tuesday where children have been nominated for some fabulous work that they have done. And so on Friday, the teachers will be sharing their stars of the week which will be shared on the main school Facebook page. I know that when I tell Zach about this, it will inspire him to keep up the excellent work that he is doing.

We obviously have no idea how long this is going on for, but it could be months more. I will continue to go as we are, as best I can, for as long as I can. I much prefer having the routine of home learning than I do of having a free for all every day!

How is the learning at home going for you? Do you have a strict schedule, a loose routine, or are you playing each day by ear and not worrying? I think whatever is working for you is the right way 🙂 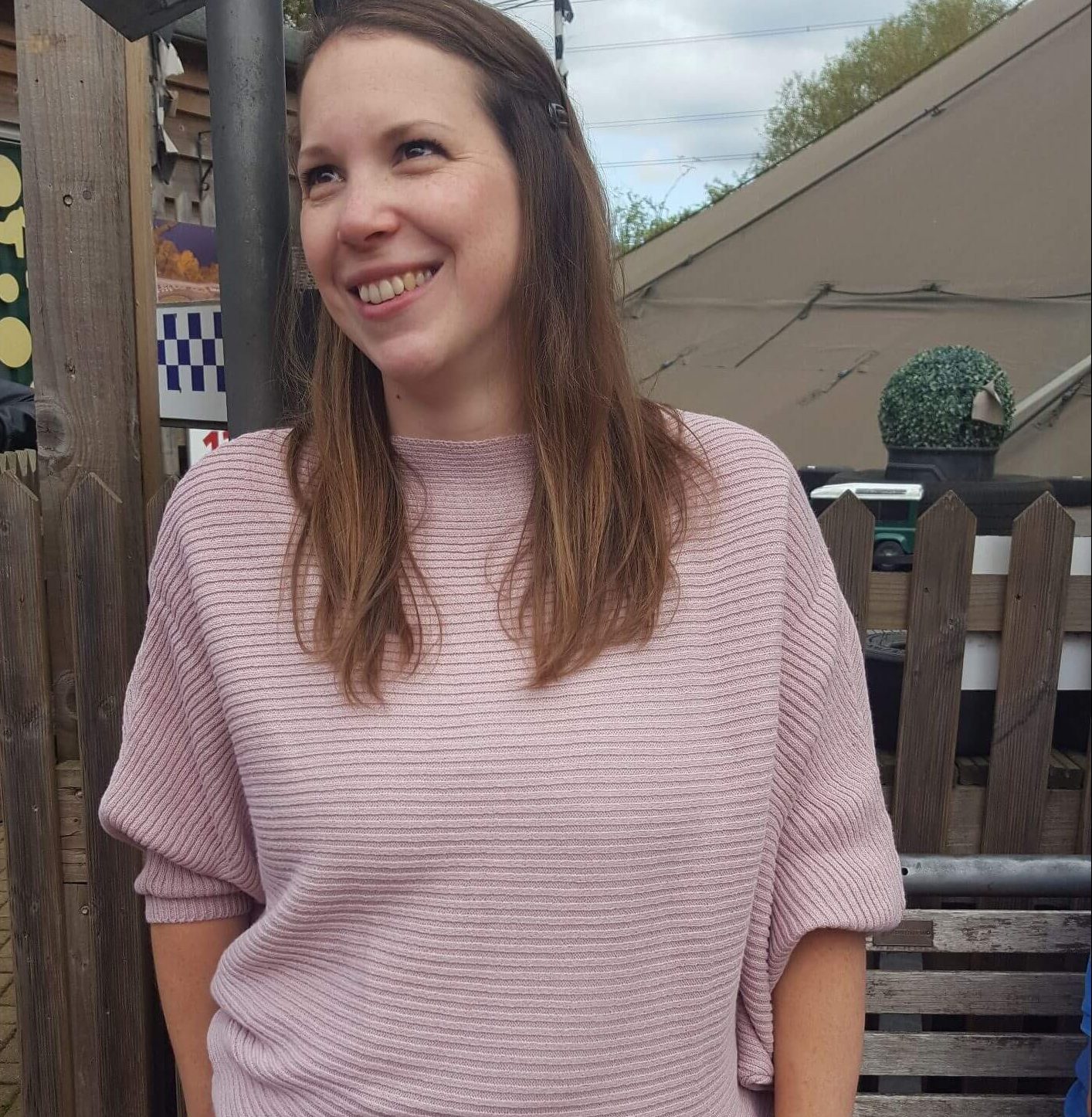 Hi, I'm Lisa. Mum of two boys, drinker of tea, and eater of cake. I'm here to share my journey through the juggles of parenting and trying to be an organised Mum - all while trying to create a biz at home! Join me as I figure it all out myself, and help you along the way! 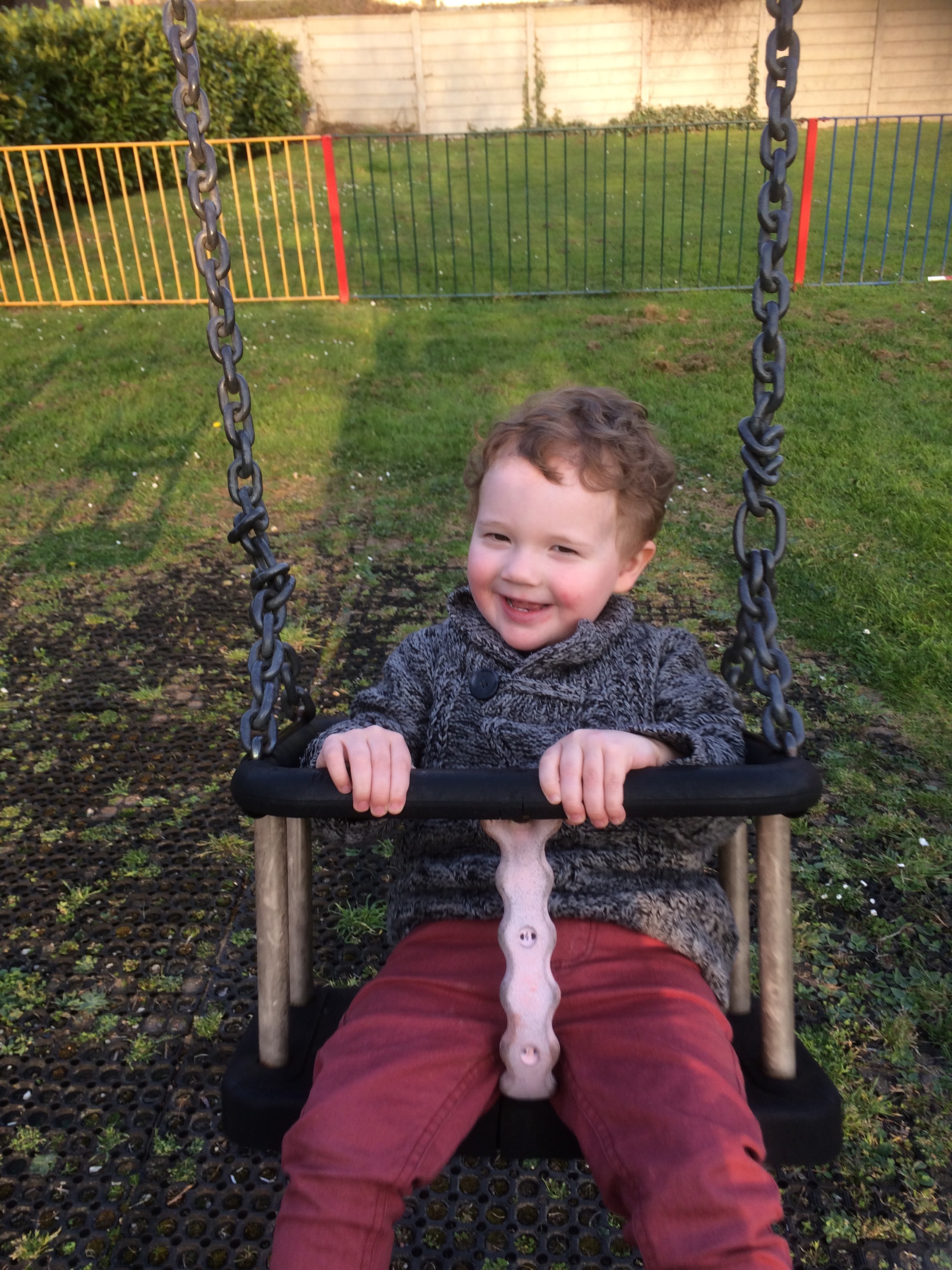 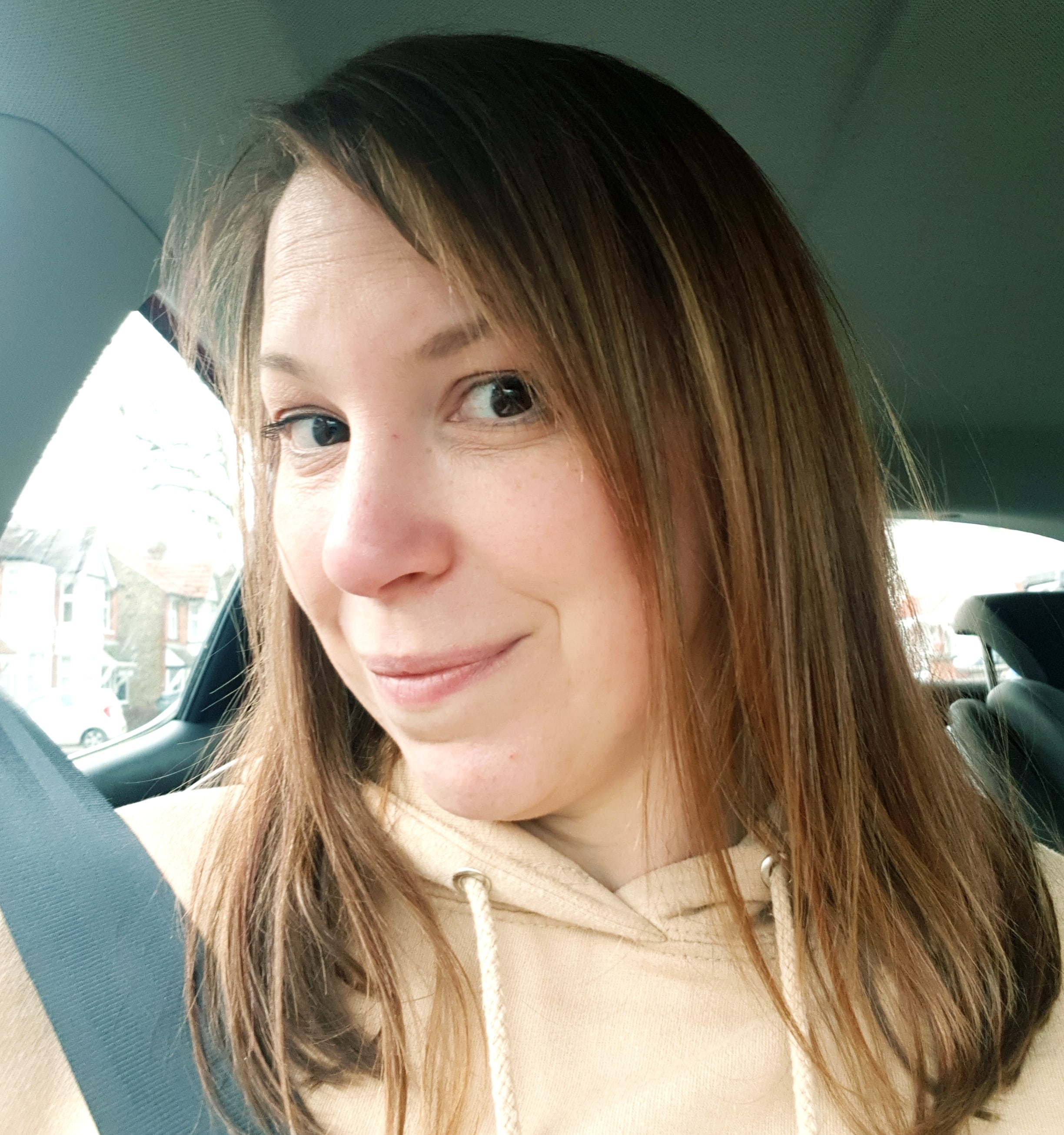 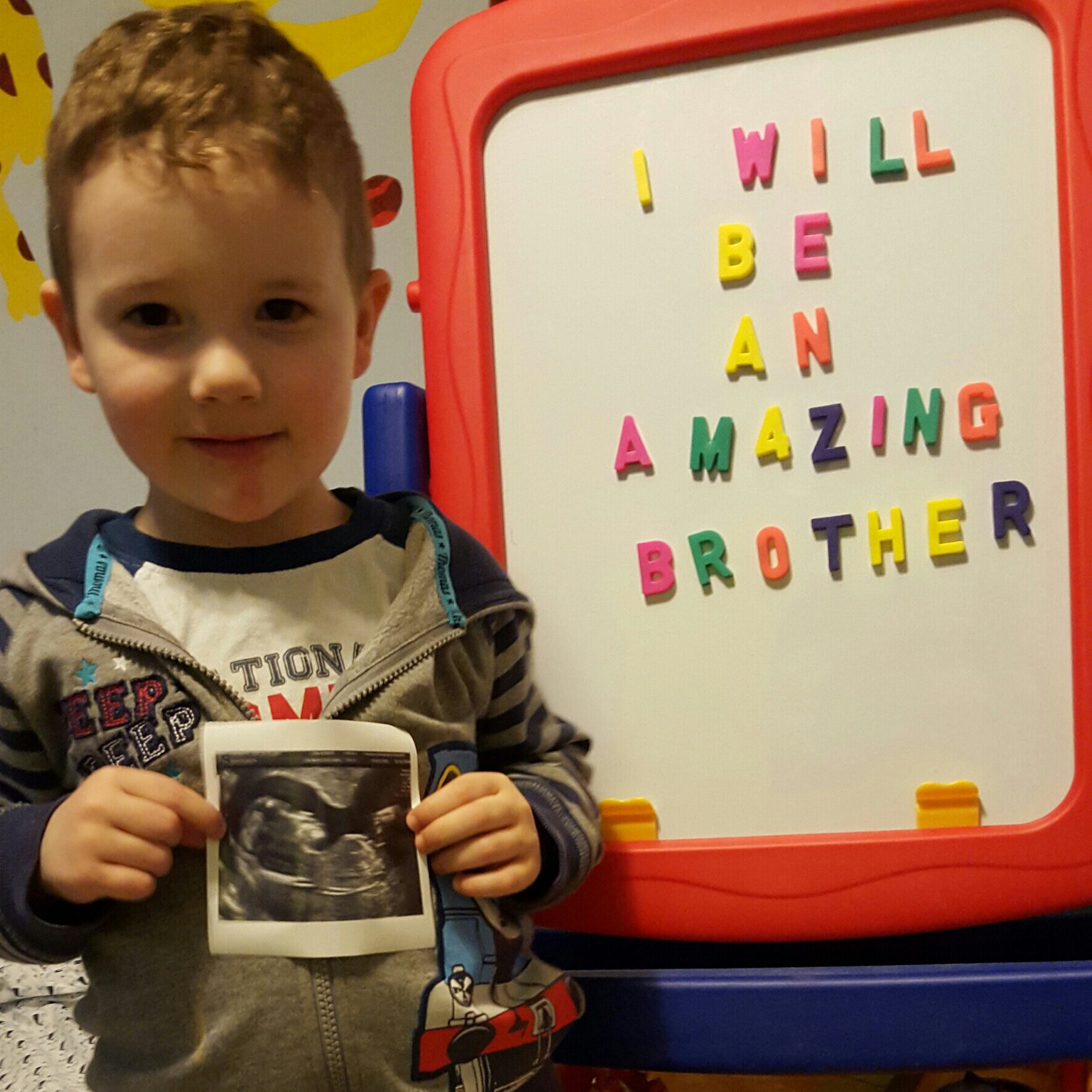 My little boy. Fresh faced with his fresh haircut.

Friendships. Having moved to a completely new area

We just went on our first family canoeing trip dow

Pushing myself out of my comfort zone today to bri

This bout of croup is like the crappy gift that ke

Bloody love living here! Never have I seen a wee b

This error message is only visible to WordPress admins

There has been a problem with your Instagram Feed.